No items found.
Product is not available in this quantity.

Back To All Articles
News 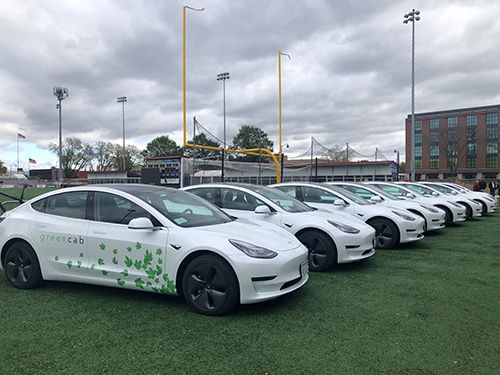 MADISON, WI – Zerology and Green Cab of Madison announced a partnership today that replaces Green Cab’s entire fleet of hybrid cars with electric vehicles. Beginning October 23rd, you will start to see Tesla Model 3s with the Green cab logo driving the streets of Madison. This will mark Green Cab as one of the first taxi companies in America with a fleet entirely comprised of Tesla cars.